The CDN space is growing tremendously, both in overall revenue and competition. 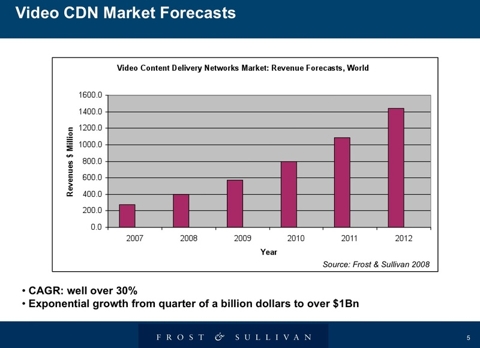 These numbers are very specific to revenue obtained for video delivery services by CDNs and does not include revenue from P2P based networks or any type of content outside of video. While the report, when released, will also break out P2P based revenue and include additional types of content like gaming, these numbers are for video delivery only. To obtain these numbers, we spoke to every major CDN provider in North America, Europe and Asia and obtained revenue numbers or guidance, from nearly every one, on what percentage of their revenue came from just video and from what region.

Here is a list of CDNs in the market, broken down between pure-play CDNs versus non pure-play vendors like carriers and telcos.